Survival of very premature infants is improving in France: First results of the EPIPAGE 2 study

Since 2011, nearly 7,000 premature infants have been enrolled in the EPIPAGE 2 study. This study is aimed at assessing the survival of infants born between 22 and 34 weeks’ gestation, and their subsequent outcomes. Compared with data from the EPIPAGE 1 cohort in 1997, the proportion of infants born in 2011 from the 25th week of gestation, who survived without severe neonatal disease, showed a definite increase. However, survival is still rare for infants born before 25 weeks. These results make it possible to establish the prognosis for very premature and extremely premature infants, and review the changes that have occurred in the last 15 years. They provide useful information to medical teams caring for infants and supporting families.

This study, carried out by researchers from the Inserm EPOPé team—“Obstetrical, Perinatal, and Pediatric Epidemiology Team,” at the Epidemiology and Biostatistics Sorbonne Paris Cité Research Centre (CRESS, Inserm/Paris Descartes University Unit 1153)—is published in the journal JAMA Pediatrics.

The EPIPAGE 2 study (Epidemiological Study on Low Gestational Age) is a French national study aimed at improving knowledge on the outcomes of premature infants in light of the changes that have occurred in the last 15 years. It is being conducted in 25 regions of France. From 28 March 2011 through 31 December 2011, nearly 7,000 premature infants (stillborn and live births) were enrolled in EPIPAGE 2. Information was collected from maternity and neonatal units by medical and research teams from the 25 participating regions.

The average length of a normal pregnancy is 40 weeks. An infant born before 37 weeks’ gestation (before the beginning of the 9th month of pregnancy) is considered premature, and very premature if born between 22 weeks (5 months) and 31-32 weeks (7 months).

In this study, three groups of premature infants were constituted:

– extremely premature infants (born before the end of the 6th month of pregnancy, at 22 through 26 completed weeks’ gestation)

– very premature infants (born before the end of the 7th month of pregnancy, at 27 through 31 completed weeks’ gestation)

– moderately premature infants (born at the beginning of the 8th month of pregnancy, at 32 through 34 completed weeks’ gestation)

Since premature infants are at high risk of neonatal complications, particularly affecting the brain and respiratory and digestive systems, survival rates without serious neonatal disease are lower. These are 97% at 32-24 weeks, 31% at 27-31 weeks, 30% at 25 weeks, and 12% at 24 weeks.

It is from the 25th week that the researchers observe a significant improvement in the survival of premature infants in the last 15 years.

“We see a substantial increase in survival rate for infants from the EPIPAGE 2 cohort born in 2011. Compared with 1997 (the first EPIPAGE study), the proportion of infants surviving without severe morbidity has increased by 14% for infants born between the 25th and 29th weeks and by 6% for infants born between 30 and 31 weeks’ gestation,” explains Pierre-Yves Ancel, leader of the Inserm Obstetrical, Perinatal, and Pediatric Epidemiology Team behind the study. These data therefore suggest that the care of premature infants has improved in 15 years.

Results in the most immature infants, however, show little progress. They reflect great uncertainty regarding the outcome for these infants and the care that should be proposed. The results from EPIPAGE 2 could be an opportunity to reflect on the care of the smallest infants. This reappraisal should take “morbidity” and long-term sequelae into account.

“Data collected in the EPIPAGE 2 study are invaluable in defining specific care needs during childhood, and better understanding the consequences of prematurity” the researchers conclude.

At this time, over 4,000 children are being monitored in the study. Families have completed questionnaires at 1 and 2 years. At 2 years of age, information was also collected from the physician responsible for the medical follow-up of each child.

The next important step is follow-up at 5 years of age. This step is aimed at conducting a full review of the health and development of the children in dedicated centres. 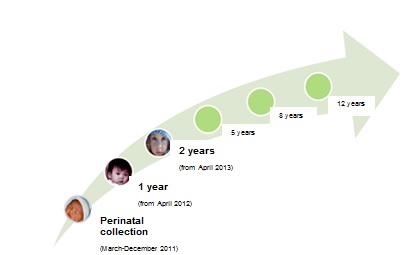 Other contents In the same category :